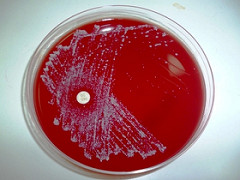 By now, hopefully you’ve heard that new sepsis definitions and criteria were released last month, and we wanted to take a moment to give a little deeper of a dive on one of the big new additions: quickSOFA (qSOFA).

Wait, why did sepsis get re-defined?

If you recall, we’d been using the SIRS Criteria and Sepsis definitions for many years, with, uh, varying success. There were a bunch of problems with the SIRS criteria, in that lots of people had them (run up a few flights of stairs and you’ll probably have at least two); if you ran up a flight of stairs and had a runny nose, you were septic, by definition.

But even more worrisome was a big study showing that SIRS criteria were neither sensitive nor specific for sepsis. Long story short, about 1 in 8 patients that ended up with an infection and organ failure didn’t start out with two or more SIRS criteria. That’s kind of a problem, when we’re trying to make these criteria really broad so that we don’t miss sepsis, a disease that kills lots of people, costs lots of money, and can be “treated” especially if it’s identified early. (If you want more background and overview, see “Why we need a new definition of sepsis.”)

Let’s backup for a second and tell you about the SOFA Score: it’s a score used in the ICU to help intensivists predict mortality in their ICU patients, but it requires a bunch of data points – including lab values, so it’s not very helpful to physicians in the ED or clinic in order to screen for an elusive disease like sepsis.

So instead, sepsis researchers slimmed down the SOFA Score after analyzing its variables – as well as a bunch of other variables, and tried to figure out: “How can we predict who’s going to do poorly with their infection, and of people who have infections, who’s probably septic?” And after a bunch of analyses, they came up with the qSOFA criteria. Any 2 of these 3 should make you concerned that your patient with an infection is quite possibly septic – and may have a poor outcome:

That’s it, that’s the qSOFA.

You’re right, and that’s one of the criticisms of qSOFA. You take two numbers at one point in time (and throw in altered mental status) and you’re deemed “high-risk” in this new algorithm (more below). But, to be fair, let’s all admit that we should all worry about our patients with some degree of hypotension, patients who are tachypneic, and certainly the ones that are altered.

When researchers added lactate to the qSOFA analysis, it actually didn’t help all that much. Additionally, they wanted a screening test that worked without lab values (especially for resource-poor settings).

So when I have a patient with 2 or 3 qSOFA points, they’re septic?

Not yet. If you “screen positive” for the qSOFA Score, then you’re encouraged by this new algorithm to work the patient up, manage them as if they have sepsis (early antibiotics, early fluids, source control, etc), and score them with the SOFA Score. Then, if they have two or more points in the SOFA Score, they’re septic, in these new definitions. The algorithm:

And if they don’t have 2 qSOFA points and I’m still worried?

Outstanding! You’re practicing medicine. Do all the same stuff you normally do for potentially sick, septic people. Don’t let a score prevent you from doing the right thing for a patient. (Patients don’t read the textbooks, and probably haven’t read this Sepsis-3 literature, either.)

Anything else to note?

There’s plenty, but I’ll spare you too many details.

Finally, if you’re looking for more Friday night literature, you can take a look at the references:

Not buying this? Want more analyses?